First is the Pumpkin Picking! Every year since Heidi Anne was born we've gone to a Pumpkin Patch to pick a pumpkin and to the Pumpkin Walk. Well Heidi Anne got to pick her own pumpkin. We thought about going through a corn maze with her because she had fun playing between some corn rows. But we'll take her next year. 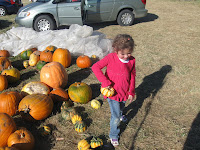 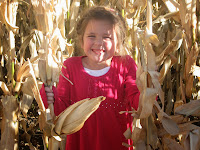 I was so sad that our little family's tradition of going to the Pumpkin Walk in Cache Valley may end since we moved.  Char had a surprise for us. He traded shifts so we were able to go the Saturday before Halloween. (Which is very lucky because a winter storm smashed many of the displays the next day.) The theme this year was 80's. Apparently, it was in honor of the 30th Anniversary of the Pumpkin Walk. These were some of our favorite displays. 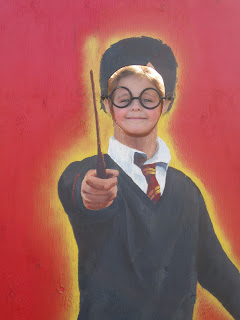 For Halloween Heidi Anne dressed up as Cindy Lou Who!  I got some pictures of her before she went to school. Sadly, I forgot the camera when we went trick or treating. My sister's in laws had a Dr. Seuse theme going. It was Heidi Anne's FIRST time really trick or treating. She LOVED it! She's always gone to our office going desk to desk. She and her cousin Kayla would run house to house. Since I forgot my camera I will use some pictures from the Pumpkin Walk to show what the rest of the family were dressed as. (She did ask me if she could borrow Kayla's Grandpa until her's came back). It was so much fun! 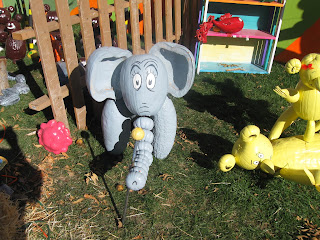 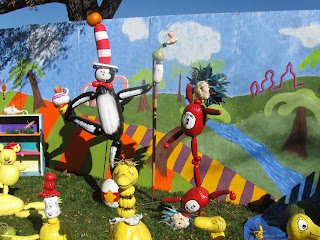 Another Aunt was The Cat in the Hat
Her twin girls were Thing 1 and Thing 2
Her other Aunt and her baby girl were Birds from Sussicial the Musical
My sister was "This one has a Green Star"
I was "Oh, The Places You'll Go!" (I got lots of Heidi Anne's things from around the world)
Rykken had the cutest vest and a Fedora Hat. I kept thinking "1920's Mafia"