Well this shows how little we eat out. We had to go down to SLC yesterday for a Doctor appointment very early in the morning. Char suggested that we go to MacDonald's for breakfast as a treat since Heidi Anne was being such a good little girl. She overheard this and began to cheer. Then sing "Old MacDonald had a farm Ei-Ei-O!"

"Ahhh, Soooo Cute!!" we commented to each other.

We grabbed some pancakes (which I could eat) and hash browns (which I couldn't). Between bites of food Heidi Anne would still sing "Ei-Ei-O, and On his farm he had a Pig, Ei-Ei-O..."

Ahhh, so sweet and adorable we said as we finished eating. We went to the doctors office-where she was still humming the song to herself and skipping ahead of us. The nurses all told her how big she has gotten and asked what she was going to do today. She cheerfully told them "We're going to Old MacDonald's Farm to see Animals today because I am a good girl!!!"

Oooopppppssss.She didn't think MacDonald's was a place to eat-but that we were going to a farm to see animals (I guess she a 1/2 right..). We've learned our lesson, we're not going to call it MacDonald's anymore, well at least until she's a bit older. Lucky for us we were able to utilize her ADD and help her forget about MacDonald's. So we thought. Later that night when we were tucking her into bed she asked when we were really going to see animals again. She's a smart one.

Heidi Anne amazes everyone at how loving and caring she is with babies. She has taken it upon herself to be the babies teacher at daycare. She will get a box of markers and paper and start "showing" the babies how to "write" their names. (Even though she is spelling H-E-I-Name) she says- "Emery, this is your name." Or "Wynter (Yes-I DID spell it right) this is your name" 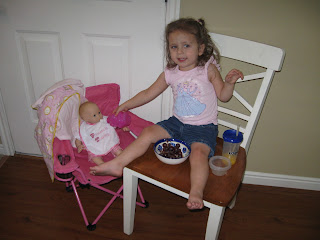 She loves to play with the babies too. When they are in a jumper she will go to them, coo with them, and say "Oh baby Sunny, who is the prettiest little baby girl-is it you? Yes it is! Oh, who is so cute? You are!" Just like an adult does. Or she will mother the babies, she will ask them questions or tell them what she is doing in a sing-song voice. "Now I am getting ready to go outside and play, did you want to come too?" The babies LOVE her for it.
We've noticed she tends to get a little overprotective. For example, she will tell the other kids they are pushing the babies to high in a swing (when they aren't) and say "No, the Baby likes it if you do it this way." She will then show them the "correct" way to handle the baby-(even if the baby happens to be their own sibling). 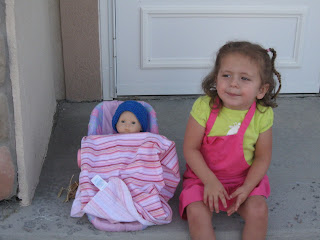 When there are no babies to play with and Ana Rose is at home she has an imaginary baby. She will push the baby in the swing and she will stop the swing if it goes crooked or apoloigize to the "baby" if the swing goes to high. A typical conversation for her and "baby": "Oh Baby! Was that fun? I will be more careful with you, that was a little toooo high for Baby! That was Big Girl high not baby high. Are you ready? Weeee, oh, who is having fun?"

I think it's humorous when she tries to convince the other Momma's to let her take a baby home with her, she pleads "But my Daddy said I could! Pppplllleeeeaaaassssseeee???". Sometimes she will try to sweeten the deal with a "I'll be really good...." Cue Smile....
To her surprise it hasn't worked yet. (^.^)

We just had our 5 year wedding Anniversary. Char got me a sewing machine. I know it might sound slightly sexists of him (a "back in the kitchen women" type thing) but it's what I have been wanting for a LONG, LONG time.  I have a very pretty sewing desk-but a broken sewing much-not anymore!


We went to get Sushi for lunch, talked about how it's been 5 years already, how we've been together for 10 years now. (And maybe we should see other people.....) Just Kidding. ;D

We were trying to guess what the next 5 years will bring. We decided there was no use in guessing, 5 years ago we didn't know how much fun, scary, stressful, and yet all around wonderful life would turn out for us. So we'll just sit back with little Heidi Anne and enjoy the ride.

Oh, and that sewing machine? Look at a few things I've been able to do so far. Keep in mind it's only been a few weeks, I'm really out of practice with sewing, and it's been billing. With that said-Want to see??

I Love my present!! As does Heidi Anne and Ana-Rose. Every time I make something for Ana Rose, Heidi Anne says "Oh, sooo pretty Momma! Where's mine so we can match?".  Yeah, need to work on that a little. 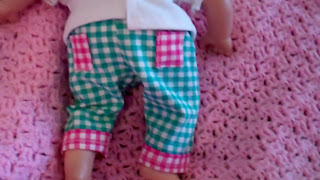 Momma: Oh Sweetie, I can't play right now, momma's head hurts.
Heidi Anne: I'll pray for your face.
LOL-Thanks kid-not only do I have a headache but a complex to go with it. I love toddlers!! :-)


Daddy: "Here there my little Dude!"
Heidi Anne: "I'm not a Dude, I'm a Princess!"
Everyday she just gets more cute and independent! Love it!! 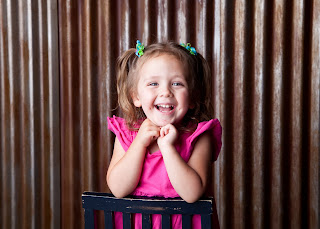 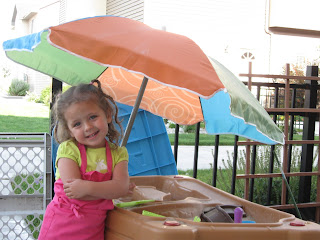 Heidi Anne has many friends at pre-school. One of her favorite friends that is the same age as her is Zoey. Therefore, they have many funny adventures together.

Earlier this week they had a competition about who was bigger. Basically they took turns saying things like; my feet are bigger or my head is bigger. Finally, they ALMOST ran out of things to compare. Heidi Anne piped up "Zoey, my butt is bigger!"  Her friend replied, "Okay Heidi, you have a big butt, but mine is the Biggest!!

Heidi wasn't going to stand for that-she wanted the biggest butt. So she brought out the big guns. She laughed and said "No, my Daddy say I have the bigger butt-so not Zoey-so Zoey butt not the biggest." She grinned at her friend-who conceited defeat. "Okay Heidi-If Daddy says so-Heidi has the biggest butt." They both laughed and ran off to play another game.

A few days later Heidi was on the swing and Zoey was closer then she had expected and accidentally tapped her bum with her foot. Instead of a boo-boo disaster the little girls thought it was the funniest thing ever. Pretty soon they turned it into a new game of swinging and tapping the other-laughing the whole time. Eveturally, Heidi Anne's ADD kicked in and she was done playing, but Zoey wasn't. Heidi told her "Zoey, you go tap your own bum now-I tired."

I guess that's the upside to having big butts??
No comments:

Heidi Anne has taken an interest in dancing lately. (We think we'll try to put her in dance or ballet soon). A song comes on and she begins to just dance around. She will watch other people dance and mimic their moves almost exactly. Then she will do it over and over again until she sees another fun dance more. She loves to twrill and get on her tippy toes and perform and take a bow. For Halloween she wants to be a Ballerina. Cute!

She also loves to sing. She likes The Band Perry-but it still unnerves her teachers a little when a 3 years starts to sing out of now where "Lay me down on bed of Roses, Sink me in a River at Dawn, Send me away with the words of a Love Song, Ooohhh Ohhh. Make me a Rainbow..." When asked what she's singing she says "My Momma's Song-because we sing it together." 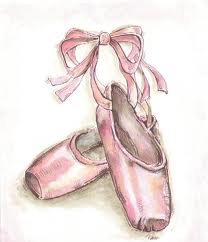 What surprised us was when we were driving around and the new Shania Twain song came on, I love you Shania-but NOT that song, after 6 years you come back with that? Anyways, when that song comes on, the radio goes way down so I don't have to hear it. Or so I thought. Out of the back seat, right on beat I hear "Today is your day, Every things going your way" being sung with all her heart and soul by my 3 year old. (Your lucky Shania-she wasn't even alive during your glory days-so she thinks this is you being awesome).