We had a fun little weekend. We were going to have a wienie roast, however, the weather didn't let us. (I hear a rumor that metal & lightening don't mix). So we had hot dogs inside where the weather is a bit more under control.
Breadin was funny this weekend. Just asking questions like "How do you get a cousin removed? And who decides whose the first one removed and then the second?" It made us laugh.
We have a tradition of putting flowers on the graves without any flowers on them. We tend to go in the afternoon, so we don't freak out any surviving family that might come. This year we got some pink carnations and put them on the graves of little children that didn't have any flowers or that looked like they have been completely forgotten about over the decades. We cleaned up a few that were almost completely obscured by the mud and grass as well. It's a nice way to remember those that don't have anyone around anymore.
Afterwards we went and got some ice cream to help us cool off. Yeah ice cream!!
No comments: 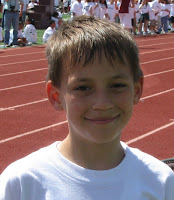 Breadin got to do the Logan Fun Run. He was in 1st Heat against about 50 other boys from a couple other schools (including his own). He came in 4th place and ran a mile in 7 mins 11 seconds. He's a fast little guy!!

It started at 10:00 am with the 4th graders. His turn should have been at 11:00, however, they got 1 hour behind. They made sure everyone crossed the finish line, the high school track teams ran with the kids and gave them encouragement along the way.
So I ended up being outside for two hours. He got a nice tan and I got roasted. But it was well worth it!
No comments: 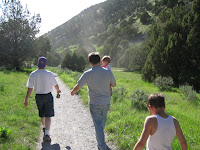 So we went rock hunting this weekend, and we actually found something. Well, Breadin did. We walked the trail, it was really pretty. It was so green, and warm, I just loved it. However, as far as cool rocks and fossils go there wasn't much there. So he had him climb up a nice steep hillside. Mostly in hopes of tiring him out. :)
You can see he is the tiny spec in this picture. Right by the bushes.
He surprised us by finding some seashell fossils up there, he brought back a big handful. 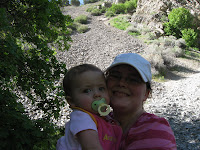 Even Heidi Anne was having playing with the rocks. 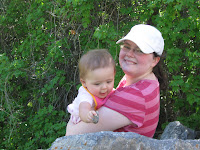 Afterwords (like hour and half of basically wandering) we went to Angie's and got some onion rings (which were awesome) and shakes. Heidi Anne and Breadin both crashed at 9:00 that night, super early for both of them. All in all I think it was a really fun day!
1 comment: 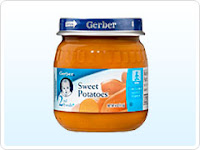 All Heidi Anne will eat right now is Sweet Potatoes. We now call her Sweet Potato Pie!!
We try to get her to eat other foods, banana's, apples, you name it we try it. And she promptly spits it out. Even at daycare, they told us this story of how they tried to feed her applesauce and rice, but after the first bite she wouldn't have anymore of it. So they gave her a bite of sweet potatoes, and then tried to get her a bite of applesauce, which Heidi Anne wouldn't even try. She's just too smart.
Lucky for us, there are a lot of sweet potato mixes out there. Sweet Potato Puffs, Sweet Potatoes & Corn, Sweet Potatoes & Turkey, Chicken, Apples, Ham, you name it we mix it or it comes
pre-mixed. Hmmm at least there is verity. If not maybe we can make some up. Sweet potatoes and pineapple pears anyone? No? 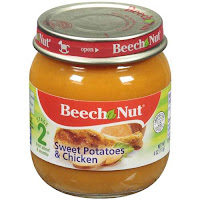 Well we had a little snake scare yesterday. Milkshakes wasn't shedding properly, (which can kill them because it suffocates them). So we were researching what to do and letting him soak in a cup of water. Char took him out to check on him and Milkshakes BIT him. Touchy! It wasn't a hard bite, but enough that Char dropped the snake, and then promptly picked him back up.
We've have Boots for nearly a year, and never once has he tried to even snap at anyone of us. Then again, he's never had a near death experience. Anyhow, it was still a shock.
All is well with Milkshakes, we (and by we, I mean Char, while the rest of us watched) helped Milkshakes, and pretty much saved the snakes life. He's still a young snake, or at least that's what the boys keep telling me.
So much for "Don't bite the hand that feeds you."
1 comment:

It's been a bit of a busy weekend. We went and visited Char's mom on Saturday to give the Mother's day present to her. I made a scrapbook of Heidi Anne. It was super cute in my opinion and took a long time to make. But well worth it I think.
Got to visit my sister, her husband, and my favoritest niece ever! I love my KaiKai!! Sadly, it was short visit. Normally, its a blast to watch Heidi Anne and Kaikai play together.
We did go to the Ikea store for the first time. That place is HUGE!! We just went in thinking we would just go in look around and come out. That place is a maze! There are some really cute things there, a lot I would never use and most way out of my price range. We did get some nice organizing ideas for Heidi Anne's room and shelving ideas for the living room. Some things were really cute, a few unique and then there was the just plain weird to me. We did get a wood step stool, super sturdy, and looks nice, and within our price range. (1 hour later) Woohooo! And we barely made a dint in exploring Ikea (can't really call it just a store).
Heidi Anne has been super sick, she is on her third round of antibiotics with her 7th ear infection. She goes to the doctors again on Monday. To say the least she is not her normal happy Heidi.
We just did a little barbecue at the park. It's finally warm enough! We thought we had such an original idea to have a barbecue on Mother's Day, we went to three parks before we found an open pit to use. (So many people had the same idea.) It was fun, but short, Heidi Anne was just not having it. It was nice to have some barbecue though, means summer is finally here! 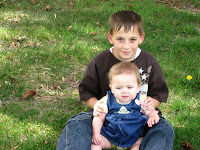 Heidi Anne & Breadin at the park 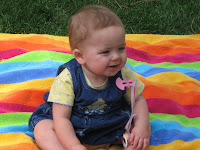 Heidi Anne playing while we barbecue 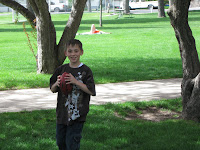 Breadin tossing a football while we barbecue

Facemasks are for Faces!!

I took Heidi Anne to the Instacare yesterday, she had a fever of 103.4 with Tylolal and was pulling at her ears. Turns out she had a double ear infection with one ear close to rupturing. This is her 6th ear infection in 9 months (unoffically the 7th). So they gave her some stonger antibotics.
Well today she had hives. Lovely, turns out she was allergic to this antibotic. So they gave her a stonger one, and if she isn't better in 7 days we need to get her shots of antibotics every day for three days. Then go from there. We visit the doctor again on the 11th to discuss getting her tubes.
I did notice something at the Instacare. Many people were wearing facemasks, however, when they coughed and sneezed they would take OFF the masks!! Doesn't that defeat the purpose of wearing a face mask to prevent illness? It wasn't just the kids it was the adults as well. So I put a face mask on Heidi Anne and Me. She kept trying to take it off, but then I started to make silly sounds and animal noises. So she kept hers on after that.
No comments: