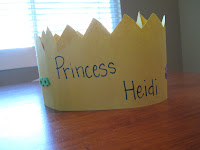 Today at daycare, Heidi showed that she is the center of attention. They were in the middle of "Circle time" where, naturally, they all sit in a circle and talk about the topic at hand. Today's topic was princesses. The teacher asked the toddlers "What is a princess?" Heidi of course jumped up and said "ME! Me! Heidi a princess!" All the teachers had to agree that she is the princesses, she rallies all the kids to play her games. She is a leader getting them to do games like the superman game on the swings, where they run and catch the swings in the chest and fly forward, obstacles around the play ground. My all time favorite is how everyone at pre-school used to be polite, however, after a few weeks of Heidi's new word for move, everyone is saying "Beep Beep Please" instead of "Excuse me" or "move please".
No comments: 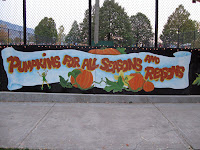 Every week before Halloween there is something called The Pumpkin Walk-and it's the cutest thing ever. We've gone every year since Heidi Anne was born, haven't missed a walk. Every year it gets to be more and more fun! The Pumpkin walk is at a local park, each year there is a theme, and people (pre-schools, classes, companies, church groups, families, ect) put together displays of painted pumpkins. All along the walk there are jack-o-lanterns on haystacks along the trail. Sometimes there are hidden objects in each display that you try to find, like a Where's Waldo, so a little walk can take like 1 hour. It's super fun! This year the theme was based off Toy Story 3 and every display had a martian hidden. We didn't find them all, but it was getting really cold-so we weren't looking to hard this year. 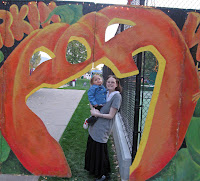 HELP! We're being eaten by the Great Pumpkin! We used to take tons of pictures of the displays, however, we just do our absolute favorites. One of those was the Charlie Brown and the Great Pumpkin. It was soo cool! Look at Snoopy-He's made out of different little pumpkins, other squashes, I even think his tail is a piece of okra as well. 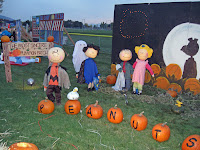 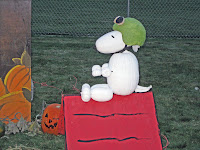 Maybe Pumpkin Stroll would be a better term. It was funny because there would be random bottlenecks at some displays and then tons of space at others. Heidi girl would love to walk around when no one was around-but once she got around the crowds again back into the stroller she would climb. That's my little country girl. (Notice the denim jacket and french braid pig tails) 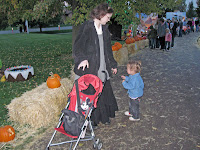 I thought this one was pretty cool. The Christmas tree is made out of squash, corn, beans, okra, and acorns. The pumpkins are decorated like presents-complete with ribbons and bows. 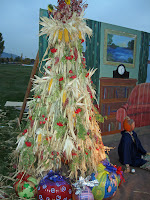 This is My Neighbor Totoro, it is one of my favorite childrens' movies-I don't have it, but it's on my list of movies to get. 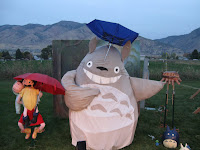 At the end of the walk there are cut out board to take pictures with. Heidi Anne was old enough this year to play, we only got a few turns because so many people were there. 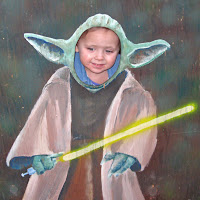 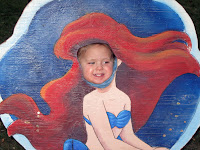 Someone was nice enough to take a picture of the three of us all at once-a rarity. 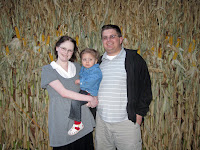 Then we went home for part two of our tradition. After every Pumpkin Walk we get a Jack-O-Lantern pizza from Papa Murphy's. Basically it's just a pepperoni pizza but they shape it to look like a pumpkin. It's cute to me & Heidi Anne, so Char goes with it. Besides you can never go wrong with pizza. 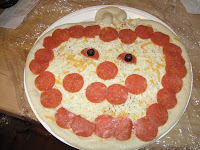 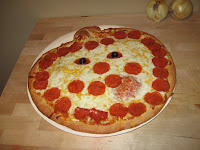 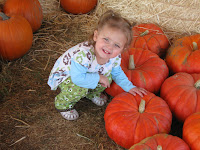 Every October we go pick our own pumpkins. It's been a family tradition we started with Heidi Anne's first Halloween and now it's become a favorite family tradtion that gets funnier and funnier every year. 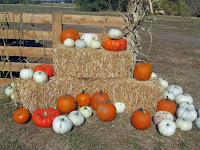 This time we went to the part of the patch where the pumpkins have been picked (so you don't get soo muddy or have to bring your own shears or pliers-a must when you pick your own pumpkins). And so our hunt began for 3 pumpkins. (A Momma, a Daddy, and Heidi's). The whole time she would get down examine the pumpkin and then say "EEWWW GROSS!" Even as she was walking up and down the patch she would mutter "Messy, messy, messy..." 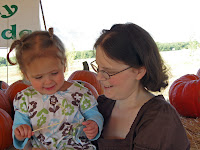 This Are Cinderella Pumpkins 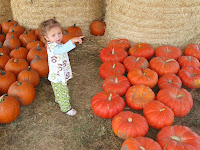 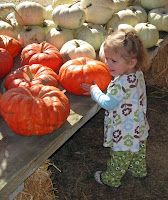 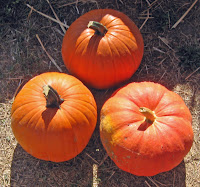