We got some help packing up the truck, neighbors, friends, one our of friends, Lela, has been our friend when we first got married. That's 7 years! She came up to Cache Valley around 8:30 in the MORNING from Salt Lake City (2 hours away) to help us pack and keep me from making myself sick. Then went to go get her little girl's birthday party ready.
There is just something so amazing about military wives. In fact three of my closest friends are military wives. Anyways, back to the moving.
Down in Weber County we were greeted with more help. Here is the apartment before everything got unloaded. (Once things are nicely organized again - I'll do some picture updates). One of Char's friends came to help, as well as 2 of his sisters, and a cousin.

One of Char's friends came to help, as well as 2 of his sisters, and a cousin. One real funny story was when Char was unloading a bookcase from the moving truck he missed the ramp just a tiny bit. As he feel (banged his knee) the corner of the bookshelf hit the ground and just EXPLODED into little pieces.
Char's sisters and cousin helped a TON. They put Heidi Anne's Bunk Bed together as well as our bed. That was a sleep saver! They also helped unpack and unload. But the beds getting put together was wonderful. We actually got to sleep in our own beds after the long hard day (and preparing for another long day).

Nothing Can Destroy the US Air Force!!

Nearly everyone has some sort of fungi in their lungs, however, your body has neutrophils (this will be important in a few minutes) in your whole body. The ones in your lungs keep the fungi at bay, so you’re fine.

However, if you have very compromised immune systems, for example HIV or suffer from Neutropenia or other cytotoxic disorders, your body can’t fight it. Since the fungi lives deep in the lungs it goes from the bottom – up (normally the infection has to travel down). In a nut shell once you get it, the mortality rate is 90%. 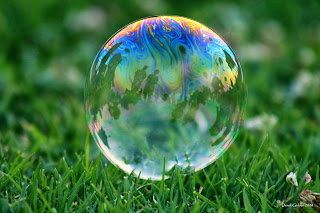 
The doctors had been watching me closely, so when I showed the signs I was given some treatments. They had this big costly sounding name for it.  You are put in this plastic bubble tent, while the nurses where semi-hazmat gear. . I called it “Fumigation for bubble girl”-which made all the nurses laugh and say “never thought of it that way.” For nearly an hour, they fill the bubble with a concoction (like a nebulizer but not) anyways it’s nasty tasting air (bet you didn’t know air could TASTE bad).
No comments:

Do you ever have those times in your life when you feel like the ring master in a three ring circus?
These last few weeks have been like that. There are just so many things happening simultaneously you're pretty sure you've dropped something?

So here is a snapshot of some of the happenings (not in chronological order whatsoever):

- Slowly recovering from my hospital adventure.
-LOTS of Doctor appointments and diagnostic testing.
-My best friend had an accidental home-birth experience. You've GOT to read her story!! I am shocked the news in Killeen didn't report on it http://illguthlife.blogspot.com/2013/09/veronicas-drama-filled-birth-story.html
- I kept getting Fungal Pneumonia and treatment for it (That's it's own post alone).
-Heidi Anne got to go to her cousins fun birthday party!
-Heidi Anne started Kindergarten and misses it terribly! We're have a few issues with the new school. (Wow, another post).
-We moved to Washington Terrace (Again, post to come)
-A deer hit Char's Car
-Char got an A on his Anatomy and Physiology (While helping me deal with all of the above).
-Starting November Char beings his Nursing Clinicals!
-I'm trying to start my own Etsy store to help with bills (and because I LOVE sewing when possible!)
-We have some GREAT friends and family.

Sooo, I now have an (almost) endless list of things to write about.