Yeah, we moved out of that small apartment in Utah to a house in Wyoming. The city we moved to reminds me a lot of Providence, Utah but without Logan just a few miles away. During the final packing and moving stages Heidi Anne was with my sister-in-law (whom I would like to thank again for taking her for the weekend). Meanwhile, Rory stayed with us. We all woke up around 6:00 am and packed the last few items still out. Then we put all the boxes and other items in our "staging area" (aka. the kitchen with the sliding door). 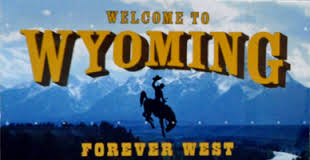 Once that was done we went to pick up the U-Haul truck, I made a joke along the lines of what would happen if the help came before we returned with the truck. Well, I got home before Char and there was a guy just hanging around our front door. At that very moment Char texted me "Oh, there is a guy there, he's one of my co-workers so don't worry." Which I'm glad he did, otherwise I would have called Char to verify that the guy really knew him and was really there to help. 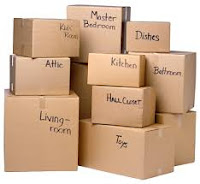 In theory, people from our church were coming at 10:00 am to help us move. By 10:30 am no one else had showed up despite my bribes of donuts, cool water, and juice. I felt bad for the two guys, so I called to remind some people that we desperately needed help. Within 20 minutes 5 more guys to help with packing and one lady to help with Rowan arrived. It was amazing! In less than four hours EVERYTHING was packed into the truck in a nice, orderly fashion. It was truly a miracle. 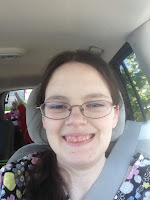 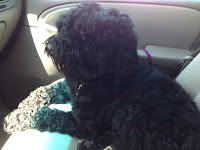 Then began our hour long drive to our new home. I was so excited I took a selfie! My very first selfie ever! Then I took a picture of my sidekick. She was a little stressed at first but soon fell asleep, just like Rowan did in the back seat. 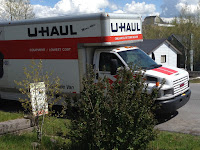 Before I knew it, we had arrived to our new home. I tried to help Char unload the truck, but Rowan had other plans. They involved ONLY Momma, ALL the time. Then another miracle happened. Char's dad came up to help us unload the truck AFTER participating in a marathon race, that's roughly 26 miles! Somehow, after that he was able to help us out. Which I thought was amazing, because it would have taken forever if it had been just the two of us unloading.

If you were wondering, Heidi Anne loves the house, especially the back yard. She tried to pick as many dandy lions as she could before Char mowed the lawn. It was funny to watch. A little girl trying to be a few rows ahead of her Daddy, gathering as many dandy lions as her little hands could hold, take a deep breath, and blow as hard as possible. Then the whole process would repeat itself until all the dandy lions had been mowed. She also wants to learn how to ride a horse, too. She has for a while but now she "has to if she ever wants to be a real cowgirl." --Direct Quote 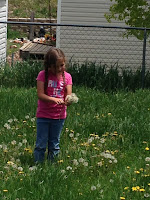 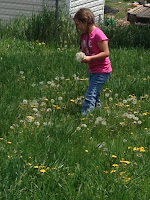 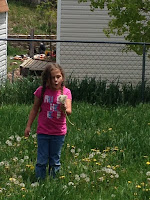 What's in a Name Part II

After Heidi Anne was born I wrote a post explaining why we chose the names we did for her ( you can see that one in 2010/July - What's in a Name. Well, here are the reasons for Rory's.

Rowan- Little Red One
To be honest I love the name Rowan for what the Rowan tree symbolizes to a verity of cultures from ancient Greece, to the Norse, the Celts and though out the British Ilses . In folklore the Rowan tree helped to guide wayfaring travelers on their way through life. During the last 18 months - 2 years that is exactly how we felt.  The Rowan tree also symbolizes endurance, protection, healing, and strength. These were all qualities we wanted our little boy to have. NOW, if you ask Heidi Anne she will say he’s named after Rory in Doctor Who. The Doctor Who Rory is a time traveling nurse who protected his wife over and over, which is awesome! 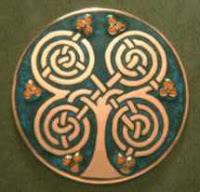 William – Strong-Willed Warrior / Determined Protector (It varies)
He’s named after Char, who’s middle name is William, his dad, and my Uncle Bill. All of whom are great examples and role models in their own ways. Char is a hard working man to provide for his family and so I can stay home with the kids. He's loving, strong, and driven. Besides, what child doesn't want to be like their dad when they grow up? Rory's Grandpa is the same way. My Uncle Bill has been with my Uncle Don for over 38 years! Which in this day and age is rare. That takes serious dedication and love. My uncle also likes a good roller-coaster ride and trying new or different things in life.
I would be proud if my son grew up to be like any of them.

Wright - Apparently this means Worker
This additional middle name wasn't planned in advance. It's after the nurse who helped me during the most painful and scariest part of my labor. She was right by my side, made me her sole patient on a busy night, and had to be forced from my room for her mandatory break. (She still came back early). At one point I asked her if she was the angel I had been praying for. I'm still not sure what would have happened to us if she hadn't of been such a strong and proactive advocate for me. Nurse Wright was a God send.